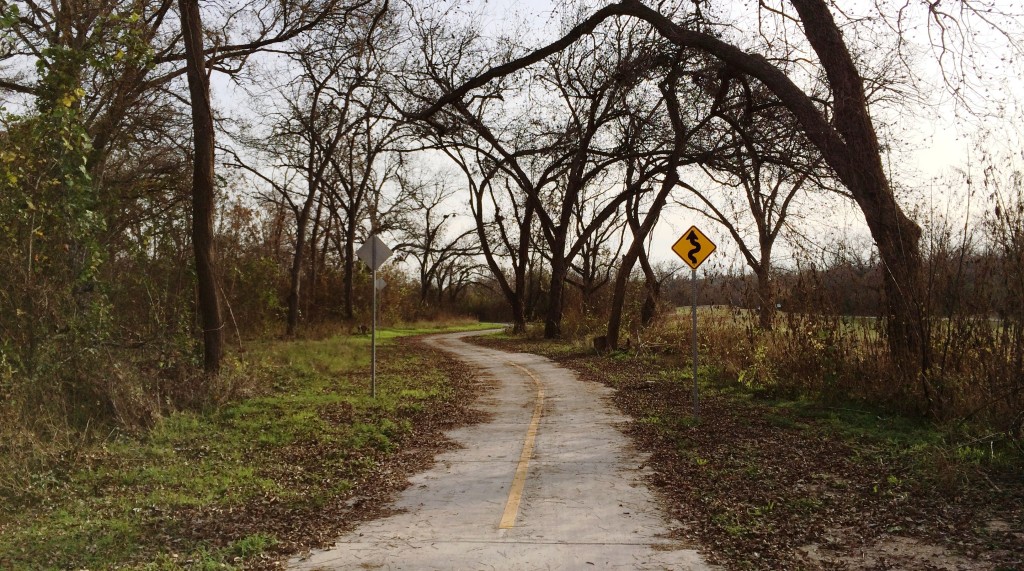 Picturesque winding portion of the trail by the Harvey Penick golf course.

If you haven’t been on the new Southern Walnut Creek Hike & Bike Trail yet, you should really check it out!  This entire trail is now open for public use with the ribbon cutting & grand opening ceremony having been held Saturday, 10/25/14. Congressman Lloyd Doggett was able to secure around $7 million in federal funding to make the trail happen.  Bike Texas & Doggett, among other groups, were instrumental in getting the project off the ground & completed. 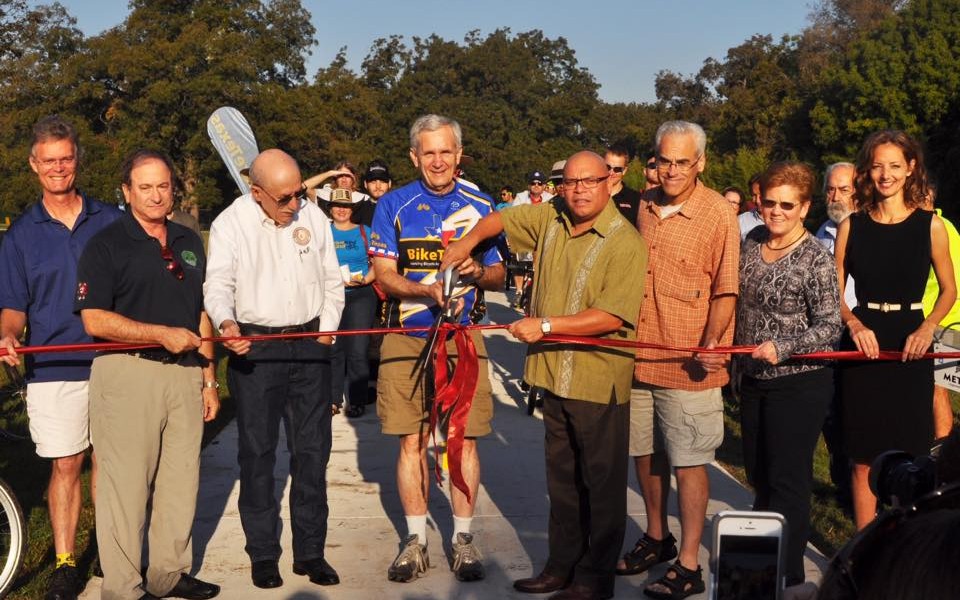 The trail is a 10 foot wide concrete trail with 2 foot shoulders on either side.  It’s 7.3 miles in length.  The trail mainly follows Walnut Creek and has a northern entrance up by Johnny Morris Rd. & Daffan Ln., and a southern entrance at Govalle Park over by Bolm Rd. & Shady Ln.  See the map below for more details.

You can also access the trail via a trailhead at the YMCA East Communities Branch & Harvey Penick Golf Campus on 51st & 183, which is a good place to park.  I’ve taken my bike on the trail numerous times from this trailhead down to Govalle Park and had a great time.  The trail is mostly flat, and it’s an easy ride.  A lot of cyclists use the trail now as well.

You can also access the trail via a trailhead at the YMCA East Communities Branch & Harvey Penick Golf Campus on 51st & 183, which is a good place to park.  I've taken my bike on the trail numerous times from this trailhead down to Govalle Park and had a great time.  The trail is mostly flat, and it's an easy ride.  A lot of cyclists use the trail now as well.

One cool thing I ran into is that there is a racetrack called Driveway Austin on Delwau Ln. along the way which has a weekly race series for cyclists that starts on Thursday March 12th, and happens every Thursday through October 15th.  It's a great thing to check out!  They aren't messing around...it's a serious organized race with an announcer & everything!  They usually have tents set up with various vendors out there as well. 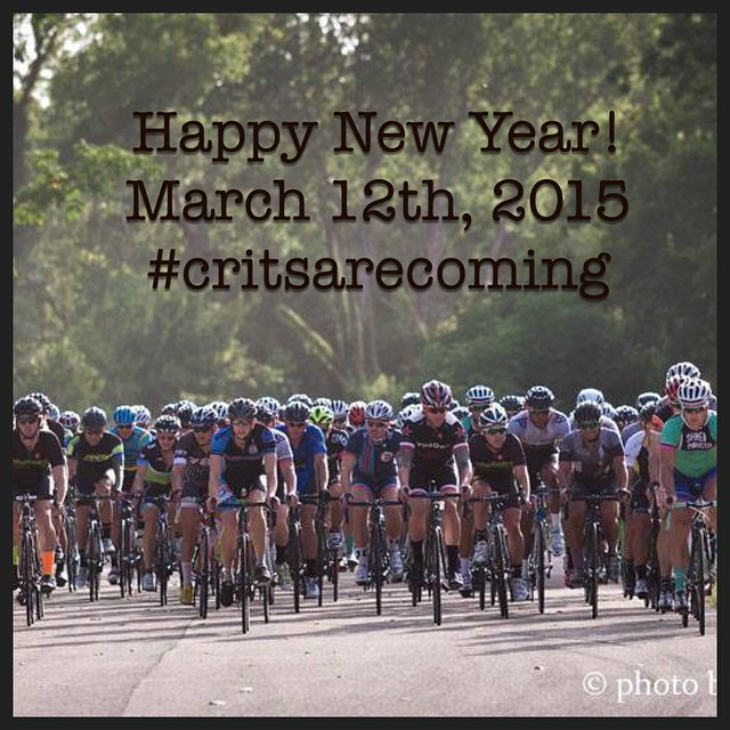 A fun thing to do is to get some friends together to take the trail from the YMCA and then head south to Govalle Park. From there, you can easily take Shady Ln. over to E 5th St, which is the start of the Lance Armstrong Bikeway. This is really just 5th St. with wide bicycle lanes on each side of the road.  But it's a flat and easy, safe ride taking you west to downtown. We like to ride over to the Yellow Jacket or grab some food at Justine's or Takoba and then head back.  It's a great way to spend an afternoon!  I'd say the ride is about 45 minutes to an hour each way depending on where you decide to go hang out and how fast you're moving.

You can also take the trail north and make it over to the Austin Tennis Center off of Johnny Morris Rd.  Or keep going on the phase 1 portion of the Austin to Manor Trail past Decker Lake and end close to 130 at Lindell Ln.  That portion is another 2.5 miles long.  The city is hoping to build phase 2 of this trail, which will take you all the way into Manor!  The city is currently searching for funding for this portion of the project, which is another 2.5 miles long.  I took the trail up north and went to the current end of the trail on Lindell Ln. recently.  It's a really nice section, feels like you're in the country most of the time...it's a great way to escape the feel of the city!  Check out the pics below from that portion of the trail.  Make sure to bring some water, and have fun on the trail! 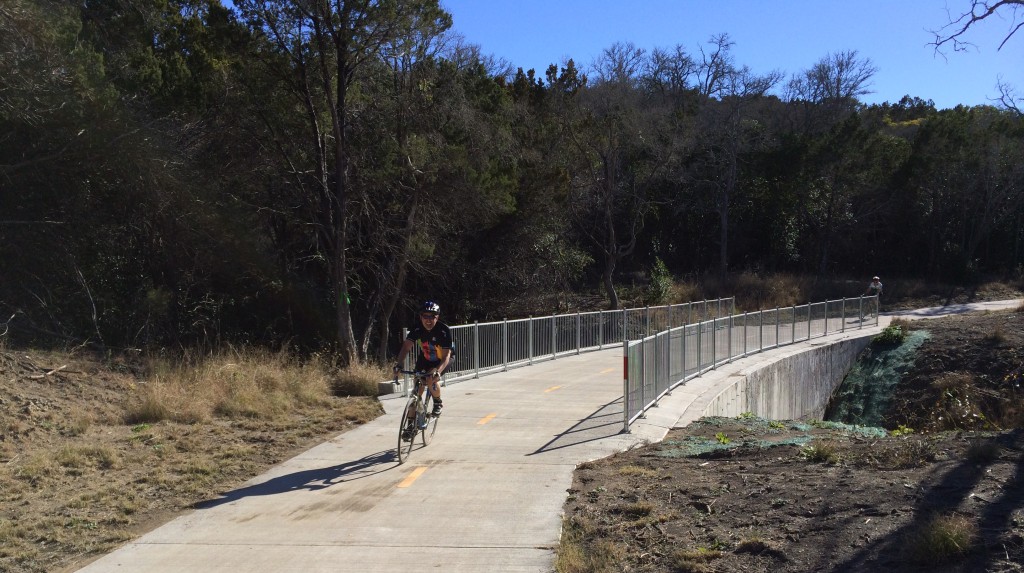 Out having fun on a Sunday!

Nice winding section of the trail. 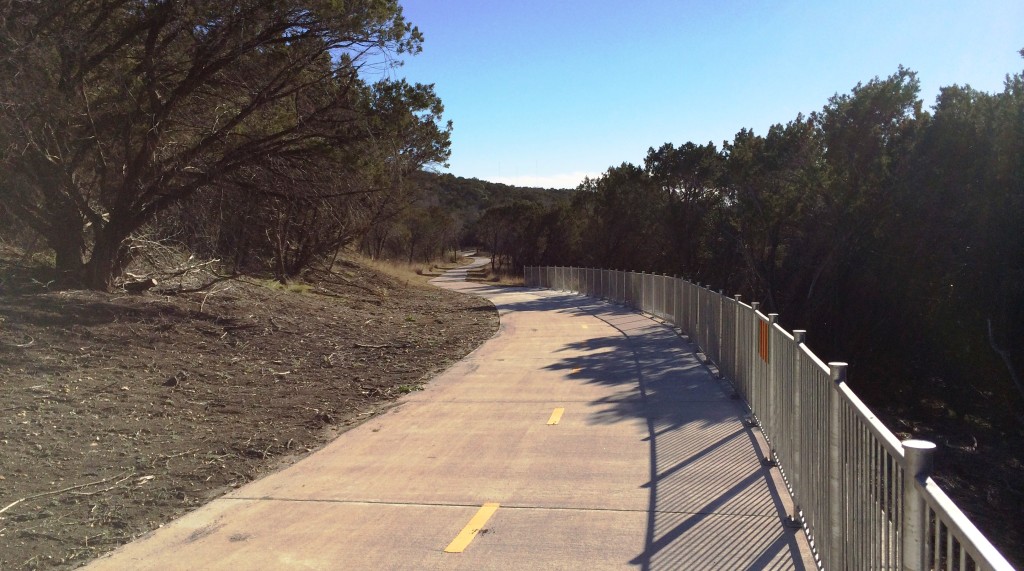 Another nice meandering section...out in the country! 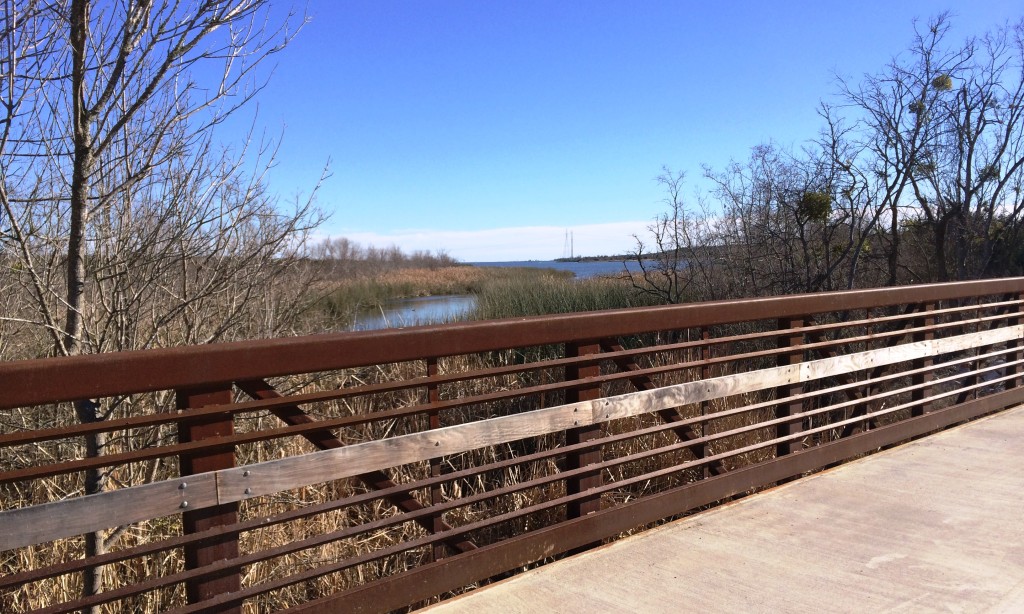 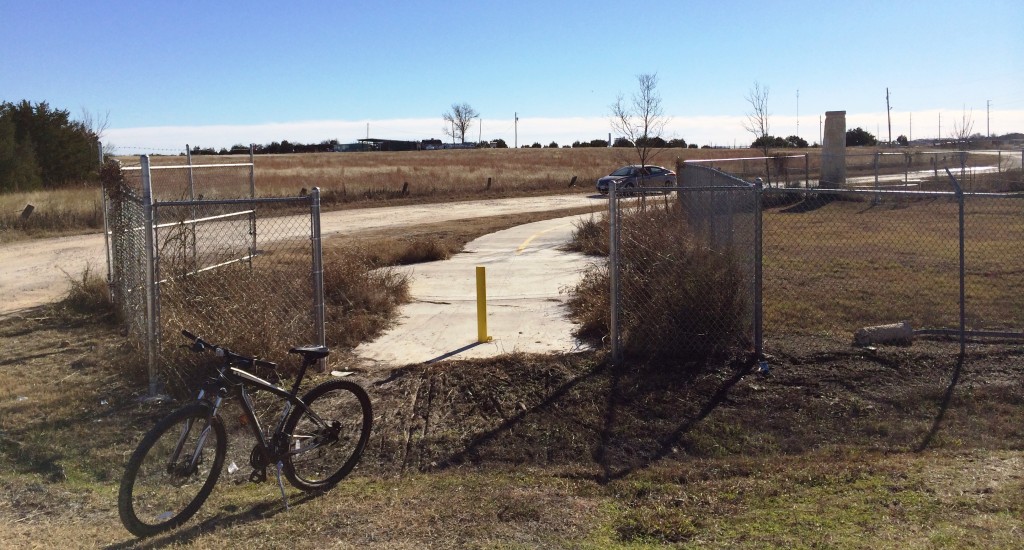 End of the road (for now), Lindell Ln. 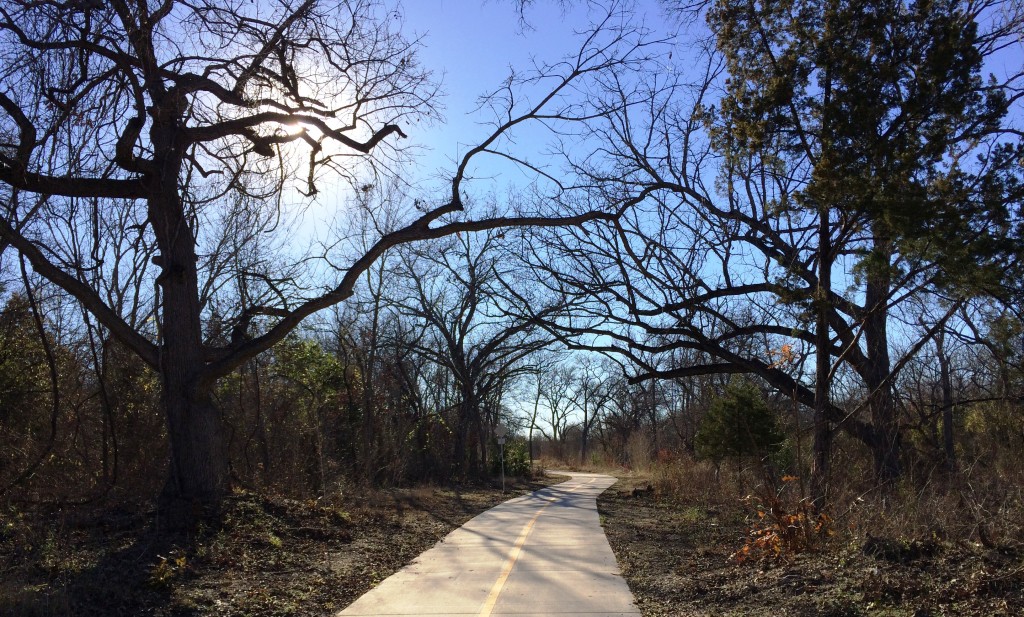 Nice article! Ok, a question. How do you pronounce Govalle? I've used the trail and park many times, but have not encountered anyone that knows definitively. Thanks.

Thanks Mike. I've heard the correct pronunciation of Govalle is (go-valley) and that it is of swedish origin not spanish. It seems to be one of those debated Austin words like, koenig, mueller, manchaca, burnet, etc. Here's a couple interesting links: http://www.williamson-county-historical-commission.org/Swedes/Lutherans_and_Swedes_in_Williamson_County.htm http://www.austinmonthly.com/AM/August-2016/Neighborhood-Govalle/ 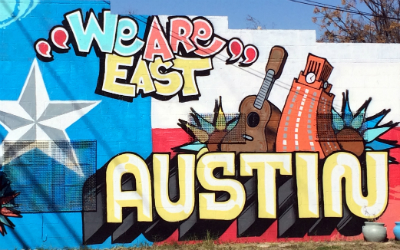 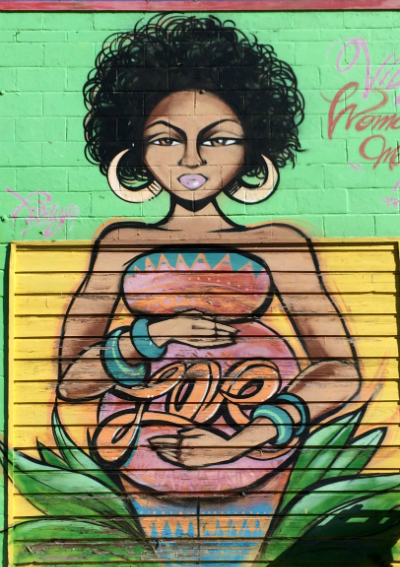 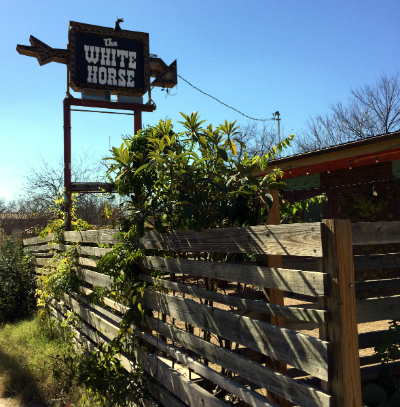 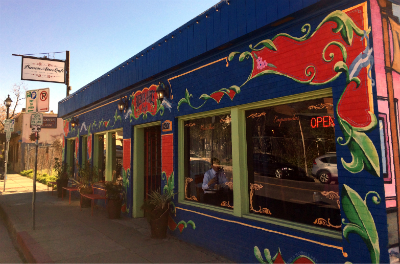